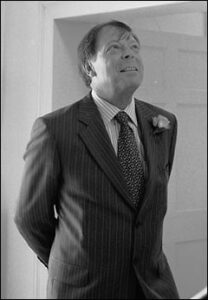 Professor Sir Howard Dalton, who died on Saturday 12 January 2008 aged 63, rose from humble beginnings to become a hugely influential microbiologist with particular expertise in the fields of global warming, bio-fuels and animal disease, such as foot-and-mouth and avian flu.

When he was appointed as Defra’s Chief Scientific Adviser to the government in 2002, soon after the catastrophic foot-and-mouth outbreak, he was deeply critical of what he termed “government policy-making led by Sun editorials”, and instead instigated a string of commonsense scientific measures which ensured that any further outbreaks of the disease were contained within a small area.

He was not afraid to voice forthright views and, to the consternation of his political masters, was highly critical of government plans to conduct widespread genetically modified crop trials, claiming that the potential environmental impact of these had not been properly thought through.

Howard Dalton was born at New Malden in Surrey on February 8 1944, the son of a lorry driver. An inquisitive, highly intelligent child, he was fascinated by science from an early age and enjoyed staging his own experiments, often with unpredictable results.

He horrified the family when, aged 10, he was mixing a cocktail of chemicals in a dustbin which promptly exploded, though against the odds he and the family escaped unscathed.

In his late teens, shortly before he was due to have a passport photograph taken, a laboratory experiment got out of hand and the blast singed his hair and eyebrows. The evidence of the explosion remained visible on the photo for the next decade.

Dalton also showed early entrepreneurial flair, buying an old-fashioned printing press at the age of 14 and developing a lucrative sideline, producing circulars and wedding and party invitations – particularly popular as he slightly undercut established printing firms in the area. His ambitious mother was the guiding influence of his childhood and she was enormously proud when he passed the 11-plus to gain a place at Raynes Park Grammar School. Despite his father’s attempts to make him leave school at 14 to take up a trade like his brother, who became a skilled carpenter, Howard was eager to continue his academic studies. Thanks to his mother’s support, he became the first member of his family to go to university when he won a place at Queen Elizabeth’s College at London University.

After graduating in Microbiology, he began post-graduate research at the University of Sussex and gained his doctorate in 1968, then moved to Purdue University in Indiana for two years to continue his research into microbes and nitrogen fixation. A lively, outgoing man, he embraced American culture with gusto, frequently hosting convivial gatherings such as Superbowl parties for his colleagues.

He was also active in the anti-Vietnam War protest movement and it was through this that he met his future wife, Kira Rozdestvensky, a Russian-American management consultant.

She advised him that he risked being called up, and suggested an unusual way to avoid the draft – by becoming a priest, one of the categories exempt from military service. Dalton discovered a little-known religious group called the Universal Life Church of California which for $25 would “ordain” anyone.

He duly sent off a cheque and within days was delighted to learn that he was now a bona fide Minister of Religion. It became a running joke and his friends frequently addressed letters to the Reverend Howard Dalton; as a life-long atheist, he particularly relished the irony of his new title.

In 1970 he returned to Sussex; he married Kira the following year, then moved to Warwick University in 1973 to take up a lectureship in Microbiology. The couple lived at Radford Semele near Leamington Spa and Dalton enjoyed introducing his varied enthusiasms to his new wife.

He was a fanatical Spurs supporter and also loved village cricket, turning out for a variety of local sides as a wayward but explosive fast bowler. Once, representing the nearby village of Rowington against admittedly inferior opposition, he took eight for 15, the highlight of his cricket career.

Kira became increasingly involved in humanitarian work and after a holiday in The Gambia, the couple began to help set up new schools and health centres in remote villages, fund-raising among their friends in Warwickshire.

Apart from lending his scientific expertise on problems of water supply and infrastructure, Dalton also sponsored his own football team of village youngsters, whose side rejoiced in the title Barfut Hotspur, in tribute to his north London heroes.

His academic work flourished and within a decade he was appointed Professor of Microbiology at Warwick, thanks to his ground-breaking work on bio-fuels and on the potential for microbes to benefit the environment.

In his research, Dalton attempted to break down the various chemical pathways that appear in bacteria and then to regenerate them outside the organism so that they could be used for industrial processes.

He studied bacteria growing in extreme conditions -including those found in volcanic geysers and in the hot waters of the natural metallic springs at Bath – and this work led on to further research, exploring ways to convert the harmful gas methane into methanol, which is widely used as a bio-fuel.

A down-to-earth, self-effacing man who never lost touch with his working-class roots, Dalton was renowned for his wicked sense of humour, often at his own expense.

He was a quirky and engaging lecturer, much loved by his students and colleagues, although he could never resist teasing his fellow academics. He was once heard to say: “Anyone who thinks there is any correlation between high intelligence and common sense should listen to the dons at Warwick University discussing car parking allocations.”

He was nevertheless deeply gratified by the string of awards and honours he achieved, particularly his election as a Fellow of the Royal Society in 1993 and his appointment as President of the Society for General Microbiology four years later.

He was knighted in the 2007 New Year’s Honours list, thanks partly to his work as a government scientific adviser for Defra between 2002 and 2007, particularly his expertise on the impact of climate change.

A great believer in popularising science, he made a two-week visit to the British Antarctic Survey for Defra in 2006 and the resultant blog of his experiences attracted as many hits from lay people as from scientists.

After moving to Warwickshire, Dalton became fascinated by Real Tennis and joined the Leamington Real Tennis Club, the only one where women are still banned from membership. He won a string of tournaments and continued competing enthusiastically, despite several heart problems that required by-pass surgery.

He was taken ill on Saturday while taking part in a friendly doubles tournament with three of his closest friends and was chatting with a fellow enthusiast when he collapsed and died almost instantaneously. He had just had a house built in The Gambia, where he was setting up an observatory and viewing positions for his latest hobbies, astronomy and bird-watching, which he had taken up with characteristic thoroughness.

He is survived by his wife Kira, a son and daughter, and by two stepsons from his wife’s previous marriage.